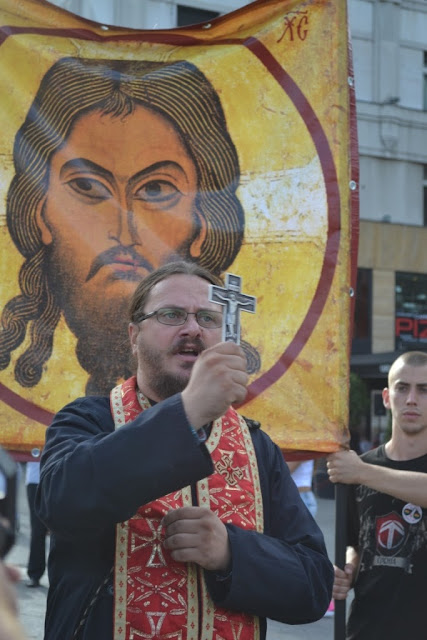 As in previous years, on the day of the Sodomite parade in downtown Belgrade, the clergy, monastics, and believers of the Serbian True Orthodox Church, with His Grace Bishop Nektarije at their head, made a public protest against the open promotion of the God-hated sins of sodomy, sexual perversion and immorality. The protest was also to advocate the defense of true, centuries-old Orthodox values and ideals of marriage, family and chastity.  Despite some complications with the police as to where the gathering would be held, everything went without any more serious difficulties and without incident.  Against a background of banners, icons and flags, pious and patriotic songs and prayers offered by the priests rang through Knez Mihailo, the main pedestrian street of Belgrade. After the Sodomite carnival ended, the St. Sava anti-sodomite group made a procession to Republic Square (where the main Sodomite events had taken place) which was blessed with holy water and the appropriate prayers by the priests.

This year’s St. Sava anti-sodomite protest was held with the motto
Serbian Home – Never Sodom! NO to the Sodomite Revolution!


Glory to God for all things! 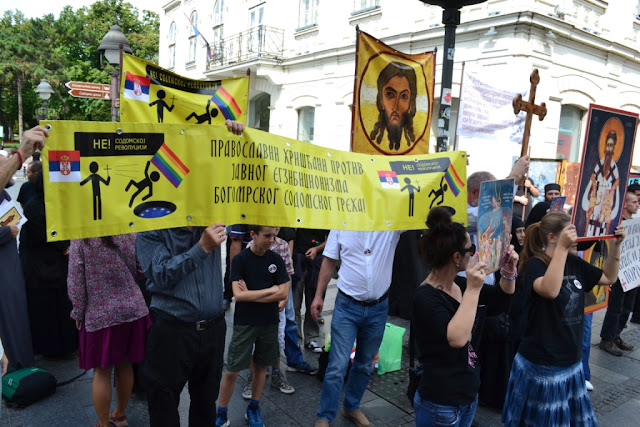 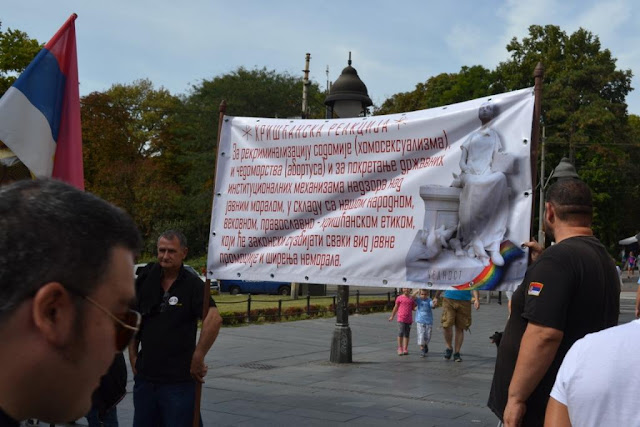 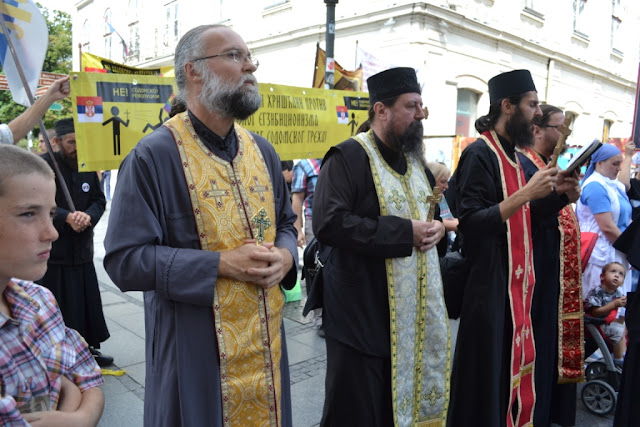 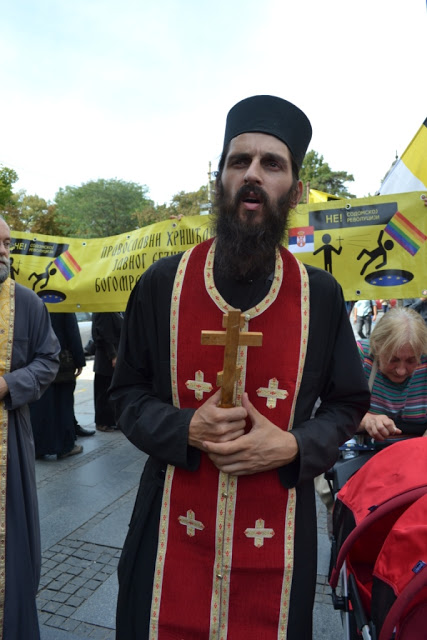 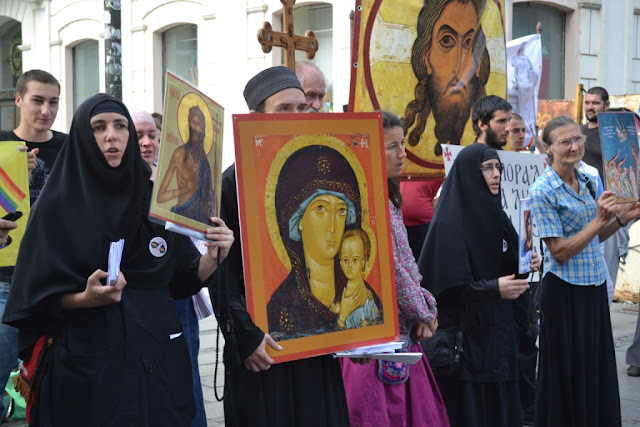 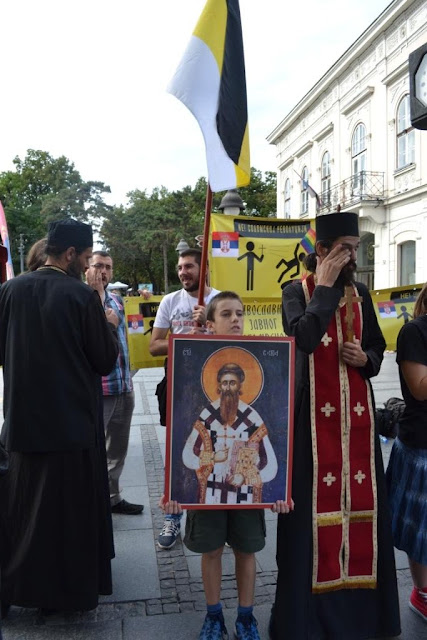 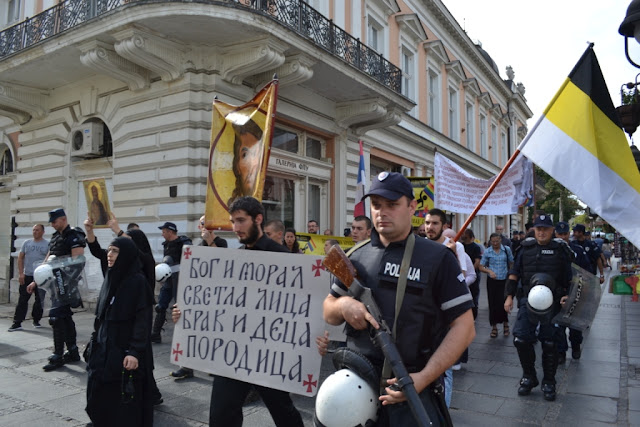 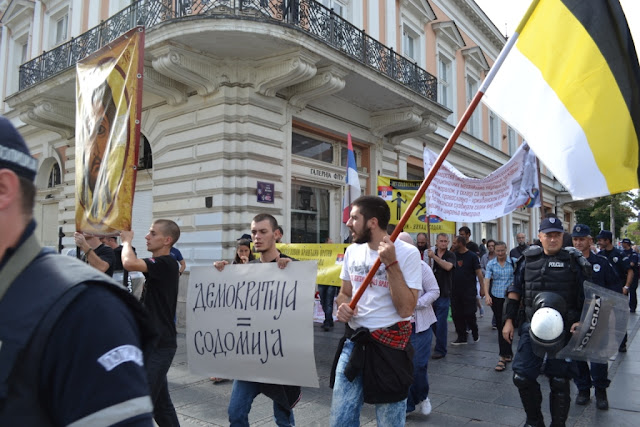 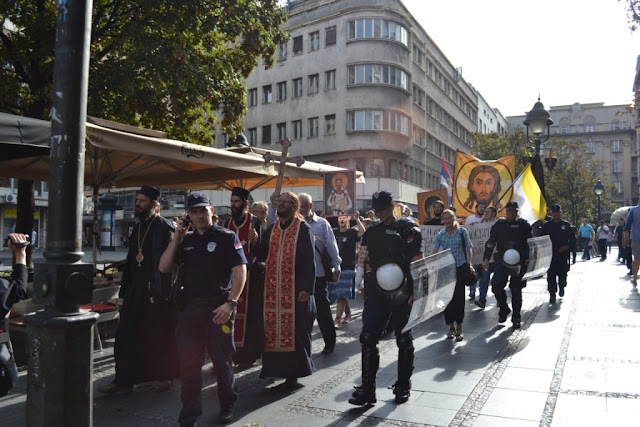 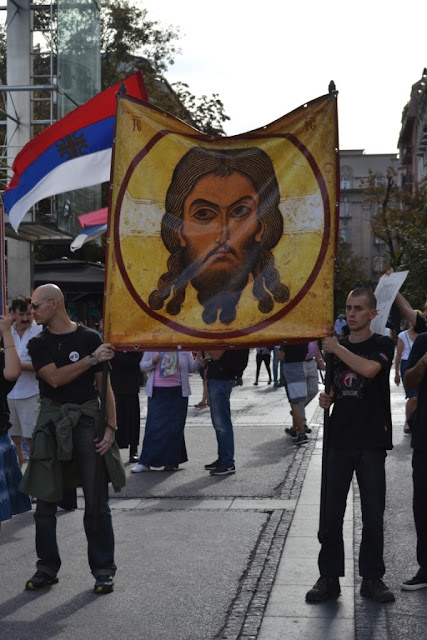 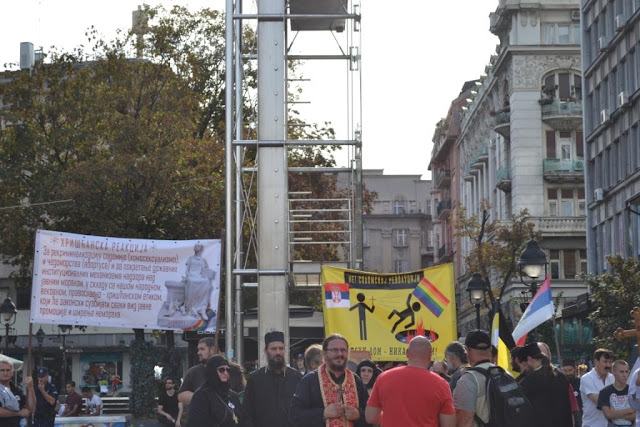 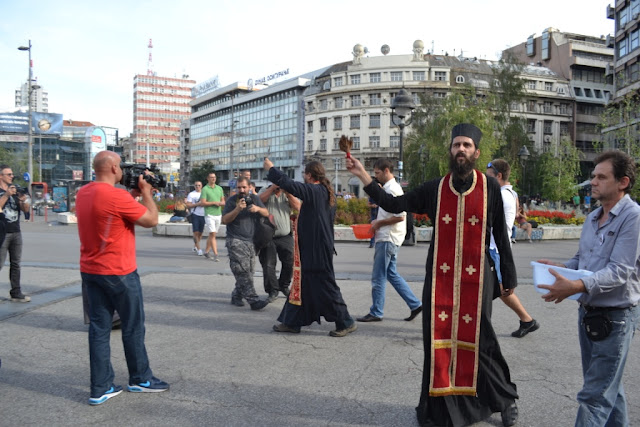