Encyclical - Clarification of the Holy Hierarchal Council of the STOC, December 2013

In the Homologia (Confession of Faith) which was adopted and published by the Church-Laity Council of the STOC  (15/28 October 2013), the following decision was made concerning the matter of reception of Orthodox faithful into the True Church from the fallen ecumenist churches:
In the instance of receiving those from the heretical and schismatic communities, the Serbian True Orthodox Church follows the practice of the Serbian Orthodox Church for reception until the Second World War, along with that of the Russian Church Abroad and their historically continuous local church practice and conciliar resolutions which were based on the ecclesiological principle of oikonomia, so that, according to the words of the First Hierarch of the Russian Church Abroad St. Philaret (Vosnesensky), “many not be repelled from the Church.”  We determine that those from the Belgrade patriarchate who enter the True Church should be received by oikonomia through repentance, and clergy with the performance of a supplementary laying-on-of-hands (cheirothesia) by hierarchs of the True Orthodox Church for the purpose of fulfilling the ordination which the clergyman received from the heretical hierarchy of the Belgrade Patriarchate.

As it is well known that, in the past, under the influence of the Greek Old Calendarists, we received those from the fallen Belgrade Patriarchate by chrismation or baptism, some may be surprised by the change in practice and think that this represents a weakening of our stance against ecumenism.  The remainder of our Homologia, however, clearly conveys the knowledge that we have not changed our position.
Прочитајте више Read more »
Нема коментара: 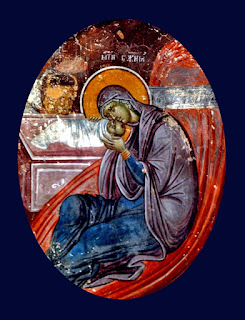