On Pentecost this year a question arose about the confession of faith of the anti-ecumenist church community which separated from the ecumenist SOC, calling itself the Eparchy of Rashka-Prizren in Exile.  Their “Creed”   on the site of the RPE in Exile was stated by the founder and leader of this community, Bishop Artemije. Quickly afterwards, His Grace Bishop Akakije, in his article which we have published on Serbian TO examined the ecclesiological position represented by Bishop Artemije. Not long thereafter, on the site of the RPE in Exile there appeared a series of various commentaries, explanations, and clarifications of Bishop Artemije’s stance. Although Bishop Akakije has already presented his opinion on the matter of such a confession of faith in broad strokes, calling it “Laodicean,” we asked him to clarify his stance with more details for the readers of the Serbian TO blog, especially now after the additional explanations on the ERP in Exile site, in which the Serbian TOC is openly criticized in a very negative context. In connection with all of this, our editors asked Bishop Akakije several questions.

Serbian TO:  In a series of Internet articles on the site of the RPE in Exile begun by the Pentecost interview with Bishop Artemije, many clarifications followed – his personal clarifications, those of the info-service, and those of Fr. Simeon Vilovski – sprinkled with some poorly expressed claims that the True Orthodox fall among “schismatic groups” and are no better than the ecumenist heretics themselves. On the other hand, Bp. Artemije’s followers claim of themselves that they are not a schism, but the Royal middle path of salvation. What is this about?
Bp. Akakije:  This is demagoguery that not only has no argumentative backing in the canons and Church history, but even goes against a healthy mindset. The Belgrade Patriarchate itself, during its recent conciliar session in May, called Bp. Artemije to return to the Church from the way of schism, because he is creating a “parasynagogue” inside the SOC, with the anti-canonical, invalid acts of opening monasteries and places of prayer throughout the eparchies of the SOC. The ecumenist SOC defined Bp. Artemije and his “RPE in Exile” a schism, and as one result of such a grave judgment defrocked him and his clergy, while his monastics were deprived of their rank, and some of their lay people were excommunicated from the Church. Despite this, Bp. Artemije and his followers are trying to present themselves as the middle way of non-schism.
Прочитајте више Read more »
Нема коментара:

In Bishop Artemije’s latest interview on Pentecost (June 3, 2012 NS), given to the Informational Service of the Rashka-Prizren and Kosovo-Metohija Eparchy in Exile, he confesses his “Creed.”  Here are some basic elements of his confession of faith:
Bishop Artemije decisively and unequivocally confesses, i.e., recognizes that the ecumenist SOC possesses the grace of the holy mysteries, despite the fact that, as he says,“Those individuals have turned from the correct Patristic path, the path of St. Sava.”  His reasoning is that “individual sins do not prevent the operation of the grace of God.”
He calls heresy a “personal sin,”and says that “the personal sins of any clergyman, be it a priest or bishop, do not stop the operation of grace, so, despite how the clergyman is, the Mysteries which he performs are valid.” For Bishop Artemije, heresy is to be treated simply as one would any other breach of church discipline: “No matter the stances of individual (heretical) bishops, their Church remains grace-bearing until a conciliar condemnation of their canonical violations.”
Прочитајте више Read more »
2 коментара: 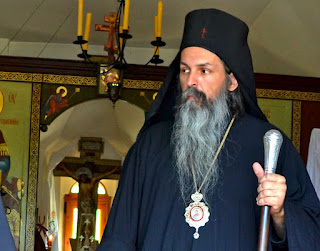 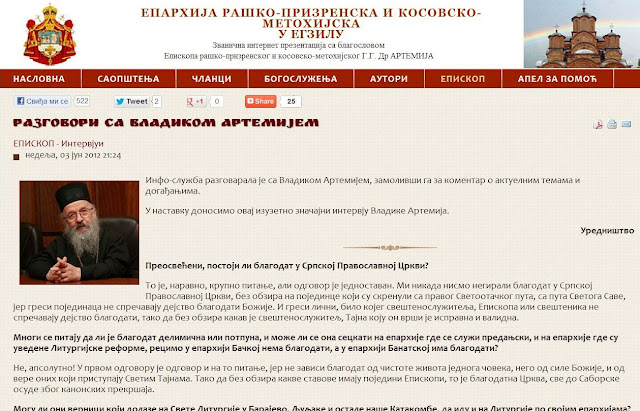 Sermon of Bishop Akakije on the Patronal Feastday of the Monastery of Ss. Cyril and Methodius 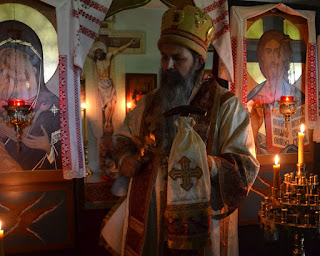 Sermon of Bishop Akakije
on the Patronal Feastday of the Monastery
of Ss. Cyril and Methodius
Vrdnik, Frushka Gora
Ascension 2012

Last year we celebrated the fifteenth anniversary of our humble Monastery of Ss. Cyril and Methodius, the place in which Serbian True Orthodoxy was born, unnoticed by most of the world.  It is no accident that this small but precious spiritual oasis, on territory already, decades ago, abandoned on this once glorious and fruitful Serbian land, is dedicated to the Holy Equals-to-the-Apostles, the brothers Cyril and Methodius.
Our most merciful and man-loving God inclined the heavens and descended upon the earth, and with His Divine teaching and sacrifice on Golgotha enlightened the human race with the knowledge of the truth.  He afterwards sent His disciples through the world, saying:  “Go and make disciples of all nations, baptizing them in the name of the Father, Son, and Holy Spirit.”    As the Apostles themselves, however, did not enlighten our Slavic ancestors with the light of Christ’s teachings, by the Providence of God, later these holy brothers Cyril and Methodius and their disciples whole-heartedly took up the apostolic labor on the Slavic field.  Their main work was the education of the Slavic peoples, that is, granting them literacy, so that they could receive the Word of God.
Прочитајте више Read more »
Нема коментара: 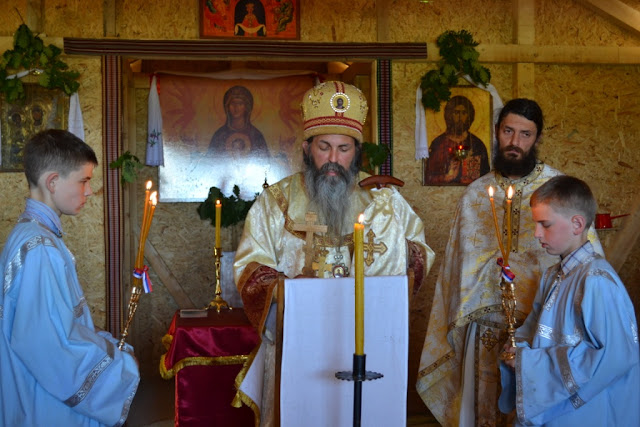