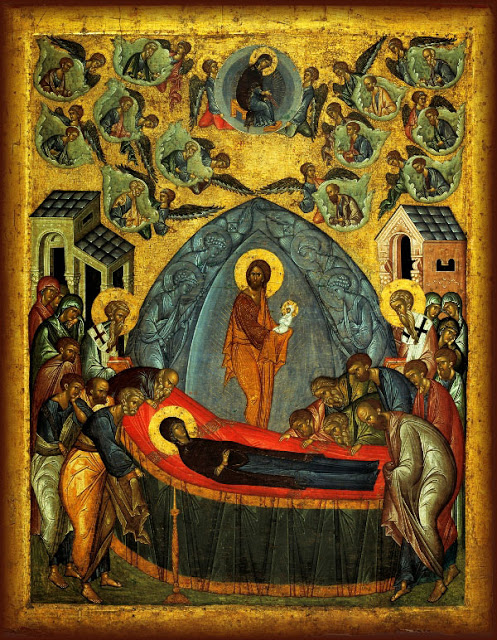 On August 15 (O.S.) in the village of Koštunići in the heart of Ravna Gora, land of the pious and patriotic, His Grace Bishop Nekarije of Shumadia and brotherhood celebrated their first patronal feastday in the monastery’s newly-built church dedicated to the Dormition of the Mother of God. His Grace Bp. Nektarije celebrated the festal Hierarchical Holy Liturgy with honored guest His Grace Bishop Akakije of Uteshiteljevo co-concelebrating with several priests and servers.

The brotherhood’s zealous efforts transformed the still-unfinished church into a beautiful place of prayer. Even if the ornamentation was simple, according to the monastery’s modest means, the effect in the already noble, cross-shaped interior was very warm and cheery. Blue altar coverings, sewn with love by the Novi Stjenik nuns, were like a flash of heavenly color in the dusky interior, reminding all of the presence of Our Lady Herself in Her new church. 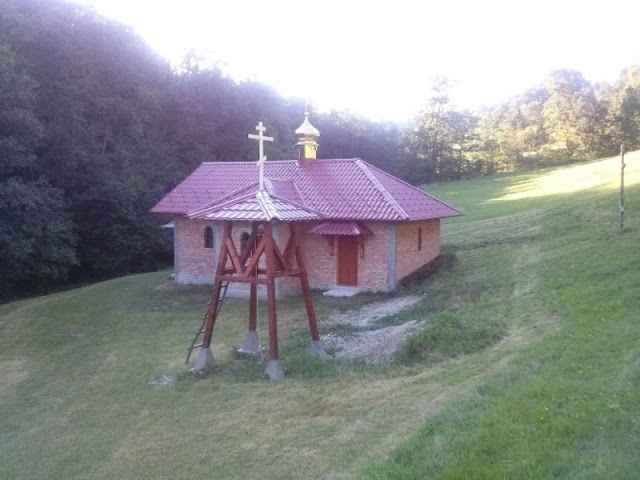 The divine services in honor of Our Most Holy Lady were exceptionally peaceful and prayerful, at once mournful and joyous.  Upon all the faithful present fell the feeling that they were standing among the mourning apostles and friends of Our Lord to bid farewell to His Mother as He came Himself to take Her most pure soul into His arms and carry her up to heaven in glory, surrounded by heavenly choirs.  Such a feeling, however, cannot be a dream, but reality, for we know that during the Holy Liturgy the heavens themselves are opened and we participate in the eternal festival of the saints. 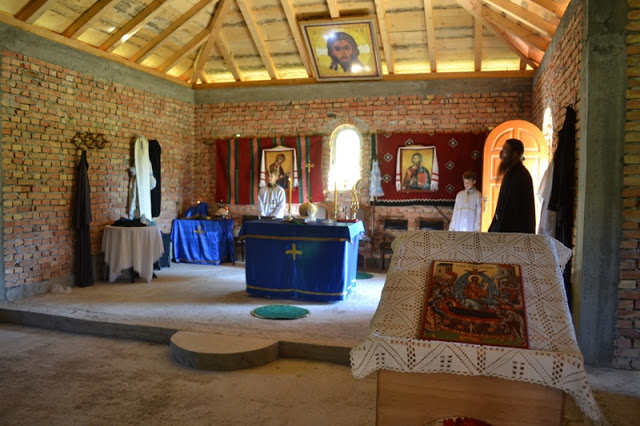 In his sermon, honored guest His Grace Bishop Akakije poignantly described that magnificent, beautiful day upon which the Mother of God gave up her most holy soul to her Divine Son.  He also reminded all present that because her pure body had been the dwelling place of the Second Person of the Holy Trinity, it was not submitted to corruption, but as was proper to such an unimaginably holy being, was resurrected and reunited to her soul, as all shall be at the second coming of Christ. Such a holy person - who had so completely conquered her sinful human nature  to such an extent that she was even worthy of receiving the Incarnate God into her womb - is our most powerful intercessor.  His Grace mentioned here as an aside how degrading to Our Lady the Roman Catholic teaching of the immaculate conception is. Finally, he concluded, as high as Our Lady is, reigning above the angels, so is she near to us, living among us and always fervently praying for us. We should therefore constantly pray to her for help. 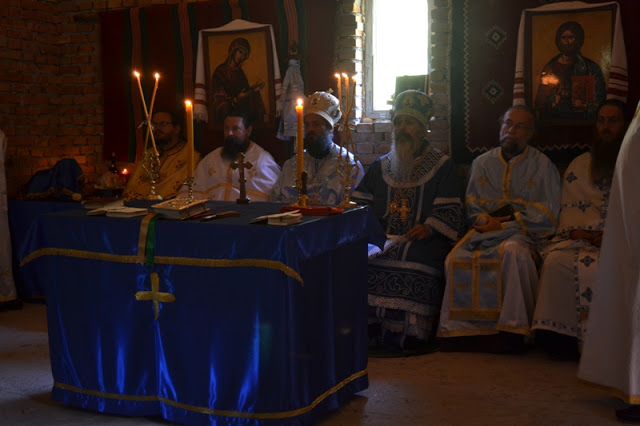 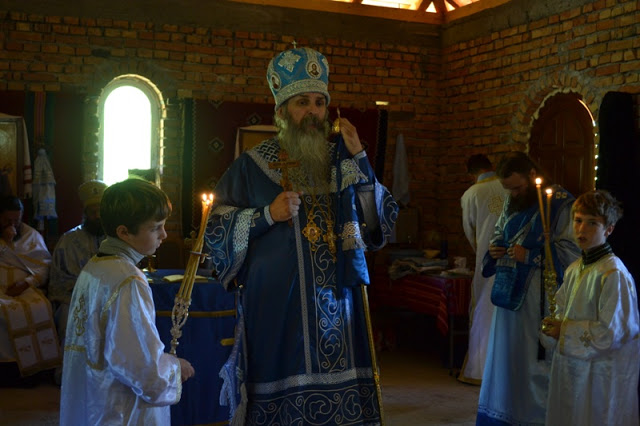 At the end of the Holy Liturgy, upon which almost all those present communed of the Holy Eucharist, His Grace Bishop Akakije blessed the Slava bread and koliva which His Grace Bishop Nektarije and the brotherhood had offered. Afterwards all shared in a rich feast of brotherly love prepared by the monastery brotherhood and pious laywomen.  Toasts were offered and lively conversations flowed freely.  All enjoyed His Grace Bishop Nektarije’s and brotherhood’s Abrahamic hospitality.  After the thanksgiving prayers, coffee and desert, all continued to spend the rest of that sunny day in various shared reflections which often meandered into the singing of pious and patriotic songs.  Only the sunset finally gently nudged everyone to start their way home, comforted and fortified after such a grace-filled day, like a little summer Pascha. 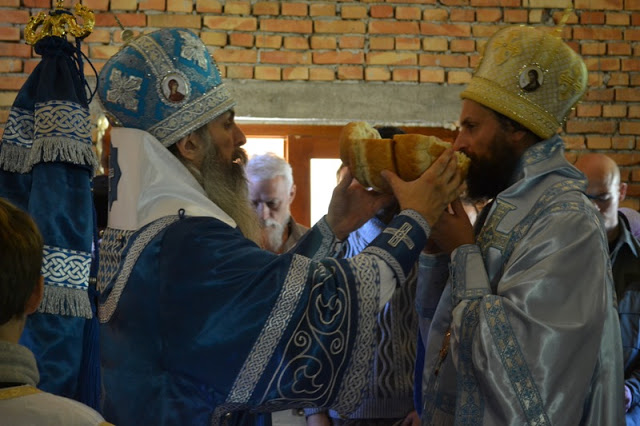 Christ is in our midst!